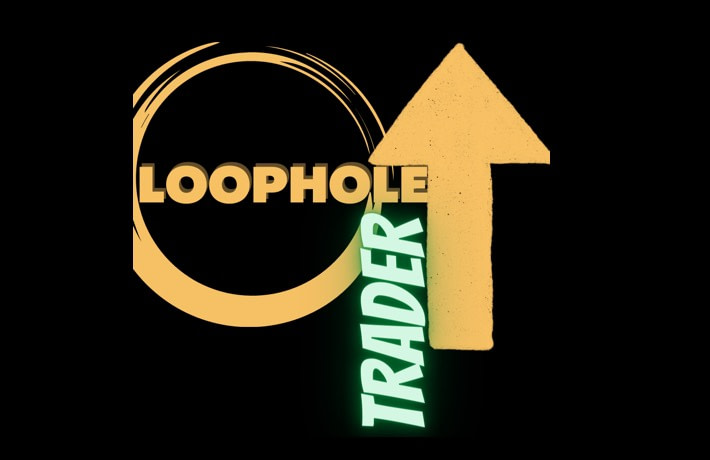 My Loophole Trader review turned out to be a trickier test than I had originally thought it would be, but one thing is clear - this system works.

My first plan for the trial was to go through the course, test the system for myself and come back to you with my results.

Unfortunately, it hasn't quite worked out the way I wanted due to the bookmakers not playing ball!

Without giving too much away, to use this system you need access to bookmakers that offer certain features such as being able to cash out bets.

Many of my accounts have been restricted and the features that I needed to test the system out weren't available to me.

However, I have been able to monitor trades that Al has been carrying out in the Telegram group and I am certain that it is a working system.

It does take time to learn what to do in various scenarios, but Al has been adding videos to the course with examples so that you know how to handle any situation.

Another thing that I realised is, you do need to have time on your hands to be able to use the system as you need to be around before each race to place bets.

In order to get some actual results for my review, I spent a whole Saturday in the Telegram chat and noted down the results for the trades.

There were 7 races that ended up meeting the criteria pre-race and I was around for 6 of them. It actually turned out to be a quieter day for a Saturday... typical, hey!?

All 6 races made a profit and had I been putting real money down, I would have made approximately £48.

There was 1 trade where riskier traders could have made an extra £13-14 too.

These results are based on £250 bets at the bookies but please note, that does not mean there was £250 at risk as it is a trade and not a straight bet.

Al has been posting the results from each trade to a spreadsheet since around about the time I started my trial and it is showing £638.29 profit currently.

Results for a more adventurous trader are showing £771.75 profit.

Out of 84 trades, there have only been 4 that lost money and it was only small amounts.

If the bookies weren't on my case, I could potentially make around an average £30 a day doing this. That's £210 tax-free profit a week!

There are some bonus extras available with the system, the Betfair Only Method and the In-Play Maestro. These can also be purchased on their own or as an addition to the main Loophole Trader system.

The Betfair Only Method uses similar criteria to the main system but obviously without using bookmakers.

I have to say that many of the trades I got involved with using this system did seem to go the right way, but I didn't quite understand why.

The recommended advice (although it is down to how much risk you want to take) was to trade out when a horse's price moves 10% either way. So, I figured I would need more than 50% of my trades to go the right way and a bit more to cover commission.

I honestly can't say whether or not this would be achieved as it would take quite a lot of results to analyse and be 100% that it is a working system.

The In-Play Maestro system is quite a lot different. It uses the Gruss software to automate in-play horse racing trades, either back to lay or lay to back. So basically you are trading either drifters or steamers.

I tried it out for myself but I found the software quite difficult to get to grips with.

I also found that when the trade was going the wrong way and the stop loss needed to kick in, it was sometimes matched at a high price. This meant that my losing trades were losing a lot more than my winning trades could make up cover.

I'm sure with some tinkering this could be sorted out but I didn't feel comfortable carrying on testing it with real money.

I feel that the Betfair systems would benefit from some more testing as they seem like they are in "beta" mode at the moment. I think that revisiting them in the future would be the best way forward.

Loophole Trader is a terrific system and it will definitely be going down as a pass. It is unlike any other low risk system that I have seen on the market so far.

As with any winning system, you are likely to experience account closures at bookmakers or have your stakes limited eventually. This is inevitable when they flag your account as being profitable.

I put together some tips on how to stop bookies limiting your accounts here.

You only need a few working accounts to make this work, but the more you have, the better. I have seen how much potential this system has by monitoring the trades myself.

As I mentioned earlier, there's potential for at least £200 profit per week if you have time to find suitable races.

It is a shame that the Betfair only systems didn't quite do it for me, but it's by no means a fail for them. I just think they need some more testing and developing before I would feel comfortable using them.

The Loophole Trader system gets my full approval and I can't recommend it enough. Go grab some free money!

Click here to find out more about Loophole Trader

The Loophole Trader system is a low risk way to make profits from horse racing using both traditional bookmakers and Betfair.

Technically it is neither betting or trading, it is a hybrid between matched betting and trading.

There are many systems out there that are based on trading between bookmakers and Betfair, but I haven't seen anything like this one before.

The system was developed by a chap called Al Gibbs, after much head-scratching to find the right formula to make it work. He has since recorded over 300 trades resulting in more than £3,000 profit.

It doesn't have anything to do with betting each-way and it is not arbing (arbitrage betting) either. Instead it involves short priced favourites that in the right circumstance can be traded.

One point to note is that you do need access to BOG (best odds guaranteed) bookmakers to use the system.

The plus side is, I would imagine betting on horses at this price range would stay under the radar longer, especially if you spread bets around several bookmakers.

The system comes packaged as a course, as although it is a fairly simple concept, there are a few things to get your head around. For example, what to do in various scenarios and what stakes to use.

There is also Telegram group available where Al posts alerts for suitable trades.

I am going to test the system out to see how much I can make in a month. Steady profits is the aim but it's possible for outliers to bump profits up, so I will see how it goes.

Click here to find out more about Loophole Trader