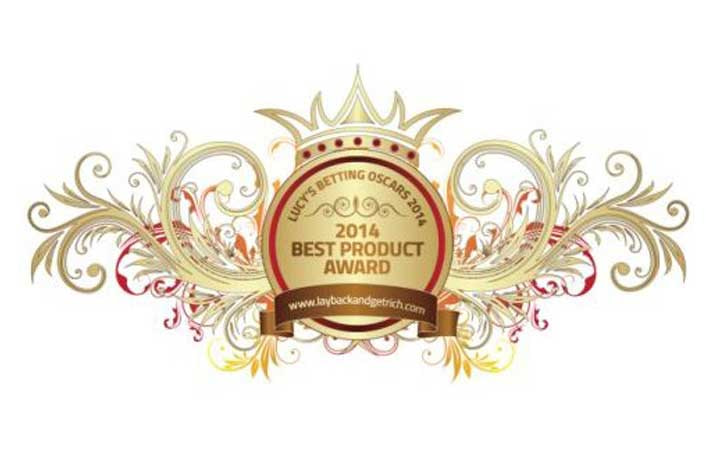 And so at last we come to the decisive moment… welcome one and all to the most important Betting System Oscar of them all….

The 2014 Betting System Oscar for Overall Winner, as voted for by readers of Lay Back And Get Rich!

But before we get to the main event, I’d first like to say a big “Thank you!” to everyone who took the time to vote for this year’s awards.

The Betting System Oscars have really grown in significance ever since we started out in 2012, and yet have only become the success they have with the help of the many voters who make the big decisions!

There have been six gongs given out so far this year, but none of them comes close to the importance of today’s award…

And the fact is, one service attracted a lot more votes than everything else this year, and is therefore a clear (and, in my view) deserved winner.

It’s also a product that’s been around for a long time, and has continually been upgraded since its inception.

So, without further ado, ladies and gentlemen, the winner of the 2014 Oscar for the Best Betting Product, as voted for by my readers is………….

Yes, this extremely popular service has run away with this year’s Best Product Oscar.

Goal Profits has already won our 2014 Best Football Product Oscar, but polled so heavily that it proved a clear overall winner too.

It’s a service that has strong supporters who are prepared to defend it in a way I have rarely seen for any other product.

I say this from personal experience as, when Lay Back triallist Hans-Henrik gave it a Neutral rating back in 2012, I received a flood of comments and objections from passionate fans!

But of course, that was then and this is now..

Goal Profits has since developed significantly to the point where I’ve recently decided to re-trial it.

In short, Goal Profits is a growing service, and a lot of its fans have gone to the trouble of voting for it as a result.

Naturally, I had to tell Steve, the brains behind the product, of the award earlier this week.

He was very excited, I can tell you.

You can probably tell that though from what he had to say:

“I was extremely humbled to have won the 2014 Best Football System Oscar recently and this second award is the icing on the cake! Goal Profits receives lots of great reviews, but to have your readers take the time and trouble to vote for me is very special. Thank you so much!

“The last eighteen months have seen massive change. Goal Profits used to operate along the lines of a traditional service but early in 2013 it started to evolve into more of a trading community. Thanks to the support of members at the time I was able to design and develop my Team Statistics software from scratch and this last summer has seen the addition of a number of exciting new features ready for the new winter seasons ahead.

“Kevin Laverick’s “Trading Masterclass” has proven to be more popular than either of us imagined and members are achieving incredible results thanks to their newly honed trading skills. I am so excited for the year ahead that I have been setting my alarm earlier and earlier just so I can crack on with the latest project!

“Finally, thank you to the Goal Profits members who make our community such a positive experience. I will keep driving forward with the improvements and upgrades so that members enjoy more value than ever before. I have way too many great ideas!”

Goal Profits won this year’s Best Product Oscar by a huge margin, polling more than twice as many votes as the second most popular service.

Steve once mentioned to me how incredibly hard he was working, and, judging by the amount of further enhancements he still has planned for Goal Profits, it’s pretty clear there’ll be no let-up soon! For this reason more than any other, I am thrilled for Steve and the Goal Profits community.

This is a thoroughly well deserved Oscar for an exciting betting product.