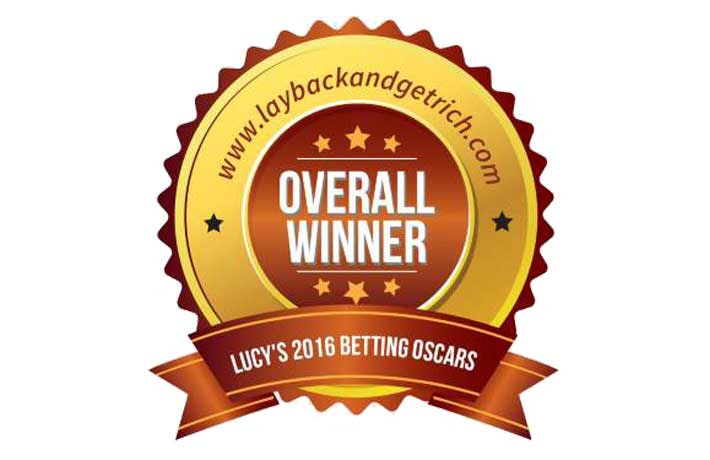 My 2016 Betting Oscars have celebrated a mix of exciting new services and old established favourites.

Most importantly, they’ve given Lay Back readers the chance to have their say about the betting services that, for them, truly hit the spot. For it is they who have voted for the products that have achieved success in this year’s virtual ceremony.

Of course, all good things must pass, but before we wrap up for another year, we must deal with one outstanding piece of business.

The not insignificant matter of the final award of the year….

Now, we’ve had a number of different winners since I started to dish out my annual gongs.

Our inaugural year, 2012, produced success for a service that shuns the two most popular betting sports of football and horse racing, as Tradeshark Tennis walked off with the honours.

Then in 2014 and 2015, football won again, as the constantly improving Goal Profits came out on top.

Will one of the thousands of commercial horse racing services finally come top of the pile?

Or will football, the new favourite game of the serious punter and trader, again claim the top award?

Welcome to the 2016 Oscar presentation for … Best Overall Betting Product or Service!

Once again, the top award goes to a football trading service.

And you may be able to guess which one!

It just kept getting better.

This is a service that simply never stops trying to improve – and that, more than any other reason, is why its members come out in huge numbers every year in order to vote for it.

So once again – yes, I know you’ve guessed it by now! – I have the honour to announce that the winner of the 2016 Oscar for Best Betting Product or Service is…..

Yes, amazingly, Goal Profits has scooped the top prize for the third year in a row!

Understandably, Steve Brown, the man behind the service, was delighted.

When I told him the news, well, you can tell how he felt by what he had to say…

“This is so fantastic! Thank you to everyone who voted!”

Told you he was thrilled!

“After we won last year, Kevin [Steve’s colleague] and I sat down to plan how we could serve our members even better.

“Much of our focus over the past twelve months has been on those who are new to trading and need more support. We built our 26-week Launchpad course which guides even the most inexperienced trader through the tricky first few months and all members have full access to it as part of their membership.

“We also redesigned the entire website, adding features such as the free dutching and hedging calculators.

“The Members Area has also been given a completely new look so that it is faster to load and easier to navigate, plus we have improved Team Stats further with a new ‘Fixture Analysis’ tool. Going into the new season, we have added some new strategies as well”.

Well, it’s like I said: this is service that never sits still.

Which, in turn, makes it so different from so much of its competition.

“Our plans for the immediate future include a series of updates to all 16 strategy pages which will make selecting trades even quicker and easier, also an updated “Custom Shortlist” tool.

“Members are already able to build their own fixture shortlists daily, but we will be making it much more powerful.

“We’ve just celebrated our fifth birthday but we’re far from finished. Members will be enjoying constant upgrades and improvements for many years to come yet and we’d love more traders to join us on this amazing journey of success!”

Goal Profits, without a shadow of a doubt in my mind, has shown every other service out there how it should be done.

It thoroughly deserves its honour, and I would, therefore, like to add my congratulations to the many votes cast by Lay Back readers. Well done Goal Profits!

Goal Profits deserves its success. And now you can get your hands on it for £1!

Yes, get 7 days of Goal Profits for £1 by following this link.

You could soon be on your way to football trading success – in the capable hands of our hat trick hero!