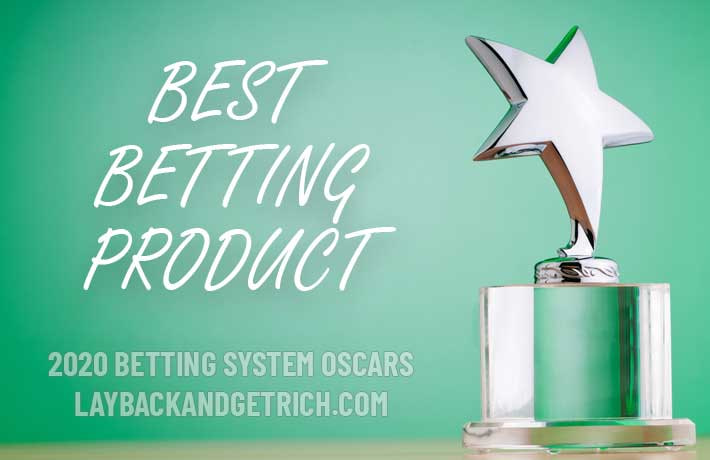 Welcome back to the 2020 Betting System Oscar awards!

I have given out 7 Oscars and it is now time for the main event, the star of the show, the "Best Betting Product" award.

Before I get to that, I just want to say a massive thank you to everyone that took part and voted this year.

The Betting System Oscars have been getting more votes every year since the first awards back in 2012 and that's all down to you fabulous people. Without you, none of this would be worthwhile, so thanks!

Congratulations to this year's winners:

Goal Profits have won this award for the past 7 years. In fact, they have dominated the category, collecting the most votes by far each year.

This year there was an influx of votes for Betting God's US Racing Expert, who absolutely stole the show in the "Best Horse Racing Betting Tipster" category.

Could they scoop the Oscar this year, or will Goal Profits remain champions?

Goal Profits have done it again!

To win 7 years in a row is an outstanding achievement and it's all down to the hard work the Goal Profits team put in each year. They never seem to stop!

Last year, I had considered excluding them from the voting as it was becoming a bit predictable with them winning year after year. But, I thought, why should I?

You voted and they have won fair and square. The fact is, there just isn't anything else out there that comes close and they are worthy winners of the award.

Steve was delighted when I broke the news to him...

"Thank you Amy! This is fantastic news!

It's been a challenging year but, during times of adversity, traders find reasons to be optimistic and remain positive. It's tough enough to squeeze a profit out of Betfair without fighting negative thoughts, so we've relied on Positive Mental Attitude (PMA) to get through 2020.

We were not able to hold the live events we'd planned with members, so instead we worked on plenty of new trading tools. For example, we launched our massive Team Stats Database which contains more than 218,000 historical results over the last 10 years. We also developed inplay 'Projections' for our Live Stats Module and added more match filtering options.

Over the past week we've launched a few more features and we're still working on others, including a new alerts system.

Next year, we'll be celebrating our 10th birthday! It's been 9 years of hard work so far as we continue to innovate. Winning this award so comfortably leaves us in no doubt that we're still at the top of our game but we're not satisfied yet. There's a LOT more to come!

Goal Profits membership still costs as little as £1 per day and all the new features are included.

Thank you again to everyone who voted for us! It's very much appreciated and we wish all of you a safe end to 2020."


Congratulations to the Goal Profits team once again!

I look forward to seeing what else they come up with in the near future.

In the meantime, it's only £1 to try Goal Profits so you should definitely take a look.