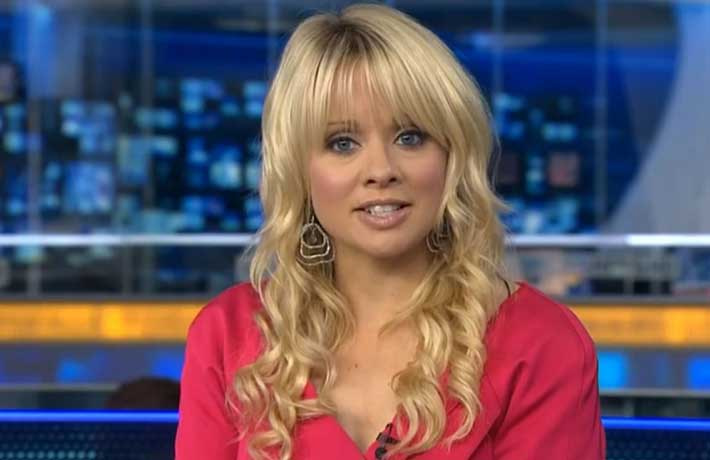 Alex Hammond of Sky Sports offers a service which is extremely simple and, even better, completely free!

I couldn’t help wondering whether her daily service represented a deceptively simple option... perhaps here was a winning tipster, hiding in plain sight.

Welcome then to my trial of Alex Hammond’s Free Tips service!

Alex Hammond has been a regular face on Sky Sports since 2003. The Sky Sports website describes her as: “a born-and-bred horse racing fan who began her working life as an assistant in the pedigree department of one of the top thoroughbred studs in the UK”.

All of which makes you think she probably knows her stuff.

And it’s a simple enough business to follow her for free, as Alex’s daily selection appears on the Sky Sports website every morning – though not, it seems, always on the same page.

I tend to find the easiest way to locate it is simply to Google "Alex Hammond Tip of the Day". This is because Sky post her selections in a blog style, with a daily article. For example, the post for 30th January 2018 is here.

There is no guidance given with respect to bank or stake size so I am going to back at level 1 point stakes and use a 50 point bank.

I have often mentioned that I generally find no correlation between the price of tipster services and their quality. So it follows I would be unsurprised if Alex’s free selections make as much money as any commercial service.

I’m going to stick with my usual minimum of 200 selections, which means this one-bet-a-day trial is going to take me a shade over six months to complete.

I’ll be back in late February with my first progress report.

What shall we say about Alex Hammond?

I was excited about this free service. Sky Sports’s tipster offers anyone and everyone one free horse racing selection a day. And you don’t have to sign up to a mailing list or follow anybody’s Twittering in order to get it.

So... could profitable betting really be this easy?

Well... unfortunately, the trial has made a terrible start.

We’ve had just two winners out of 30 selections which translates into the following eye-watering performance figures:

I really don’t wish to be unkind but I can’t think of a single positive thing to say about those statistics.

This report is the betting equivalent of car-crash TV. The results are appalling but, equally, it’s hard to take your eyes off them. I have lost over half my betting bank in just thirty bets!

Now, to be fair, Alex’s tips don’t come up with a recommended bank size but still: I’d allowed fifty points and expected it to last significantly longer than this. No fewer than 40% of the selections have been at Betfair SP’s of below 4, so this is hardly a service that goes after longshots.

These low prices also mean that it’s very unlikely my trial will ever recover from its disastrous start, unless, I suppose, the strike rate now leaps from its current sub-7% level to something quite improbable.

So: I’m going to give the service until 100 bets before I write another report. If, at that point, there are still signs of life, I will push on to my usual 200 bet target.

If, of course, in the meantime, the bank balance is blown altogether, I’ll be back to close the whole thing down.

Honestly, what an anti-climax.

Alex provides a single daily horse racing selection to anyone who’s interested. It doesn’t cost a bean and you don’t even have to provide an email address to get it.

Instead, you just drop into Sky’s site sometime in the morning – preferably, late morning as publishing times can vary quite a bit – pick up your selection and away you go.

So, in short, it all sounds great. There was, in fact, just one hitch.

So... was this just a particularly bad case of the New Triallist’s Curse? Or a sign of worse to come?

Sadly, things have continued in the same vein. Indeed, as of Sunday night, 16th April, I’d completely blown my £1,000 Betfair SP bank. This equated to a loss of over 50 points as I’d been betting at £20 a point.

As you can see, my "Price Taken" bank, based on the odds I managed to secure in the live market, has also been decimated. And as it has been reduced to just £5, I am unable to put on any further bets with it either.

It follows that the trial has had to close as I am clean out of money.

If you’d like to read the full results log (and, trust me, it isn’t for the faint-hearted), you can do so here.

This has been an unusual trial in a number of ways.

In particular, there is no guidance as to bank or stake size. So I set my starting balance to 50 points and put on a single point per bet. You could argue that my bank would not have been blown if I had used a different arbitrary sum.

However, I am sticking to my decision to close the trial. A loss of 50 points in just 70 bets, when only placing a single point on each one, is almost unbelievably bad.

As I have a zeroised bank balance, I get to play the Surfaris’ Wipeout theme tune on my site once again. Partly to highlight what a rare event it is to lose an entire betting bank, but mainly because it’s a brilliant song: