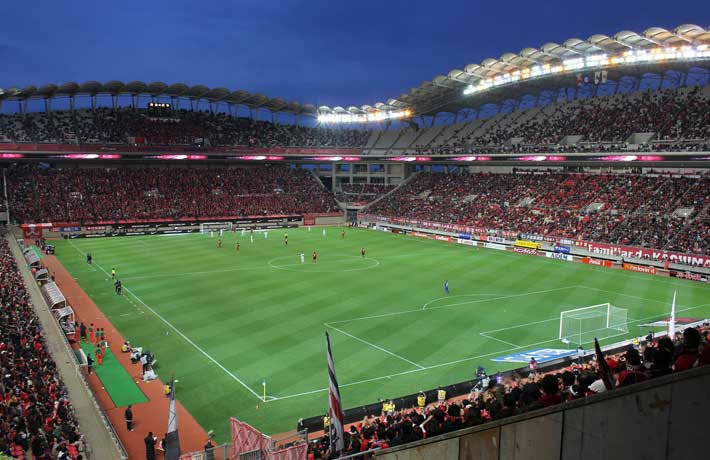 Back in 2015, Lucy was all set to review the Assured Soccer Profits correct score trading system

For one reason or another though, it seems that she never did get around to completing her trial. I’d heard great things about this system so I decided to pick up from where she left off and give it a bash.

Nothing seemed to have changed since she wrote her original introduction to the system, as the last time it was updated was in 2014 to reflect the changes to the Betfair Any Unquoted market (now Any Other Home/Away Win). That being said, the system is certainly still alive and kicking.

John regularly updates the “Diary” page with his analysis of upcoming matches and reports any results from games that he has traded.

I have to admit, I’m hardly a trading pro. I have done my fair share of matched betting over the years but football trading is something that I haven’t put a lot of time into.

The manual says that you can start with a bank as small as £200-£300 and I’m quite a risk averse person when it comes to money, so starting small suits me fine. After loading my Betfair up with funds, I set about finding some suitable matches to trade.

There are several filters that need to be checked first but I found it quite easy to find some qualifying matches that fitted the bill, even before the winter leagues had kicked off.

There is a quick guide that I referred back to for this process but I strongly recommend reading the full guide, as it gives you advice on what to do in pretty much every scenario.

After trading a few matches I started to feel comfortable with how the system works and I found that when things go to plan, you can be all done and out with a profit before half time.

There are a number of things that can happen to make the trade run less smoothly, but the key is not to panic and just follow the advice that John gives for that particular scenario. It takes practice for sure and it’s worth paper trading for a while to get used to it.

The aim is to take a small profit from each trade and gradually build your bank. It’s not a “get rich quick” system but those small gains can add up to a nice extra income so long as you stick to the rules.

The Assured Soccer Profits member’s area is home to a wealth of resources including the main PDF which explains the system in detail, the quick guide and plenty of video examples. In the Method Modules there is an archive of blog posts and articles relating to ASP for further reading.

There is also the ASP Statistical Stream provided by Goal Profits which highlights games that are potentially good matches to trade using the ASP system. Although this only provides data from league games, it seems that the system can be used for cup matches too, as John himself has traded several games throughout the World Cup.

In the Member’s Download area there are even more resources to be found including calculators, spreadsheets and trading guides.

All of this costs a one off price of £83 + VAT which seems pretty reasonable to me, given everything that comes with the system. It’s much more than just a PDF.

I enjoyed testing this system and it is one I know that I will continue to use long after this review. It takes a bit of learning but it is worth it to be able to make those consistent profits with very little risk.

It’s rare to find a football trading system that actually works so I’m delighted to be able to give my approval on this one.

Recently I was lucky enough to receive a new Ipod for a present.

And it prompted me to fill a major gap in my music collection with a few classics that I’ve long been missing.

Which is pretty much how I feel about the new trial we’re starting today.

You see, there’s a gap here at Lay Back without a review of this service…

Launched in 2012 and voted, by readers, as runner-up for the Best Football System Award in my 2012 Betting Oscars, it’s a product many of you will have heard of.

So, I’m delighted to announce our long overdue trial of…. Assured Soccer Profits!

ASP comes with quite a pedigree.

John Duncan, the man behind it, launched his first online service, Football Cash Generator, way back in 2003.

And he even tells me (believe this if you will!) that he personally invented the ubiquitous Lay the Draw strategy.

Bet he wishes he’d been able to bank royalties on that!

So… what is Assured Soccer Profits all about then?

First and foremost, it’s a trading product – the exact opposite of ‘bet and forget’.

It apparently takes a few weeks and a fair bit of practice to master the strategy, though it should get easier once you’ve got the hang of it.

John also emphasises that you don’t need to know anything about football to be successful.

Ultimately, it’s about trading well, rather than understanding the finer points of the offside rule.

The general aim is to try to win small but regular amounts.

The sales page says that ASP “is perfect for someone who could use an extra £15, £20 or so per day and has some time on his or her hands”.

It adds that, “Anyone with even very small betting exchange account funds (£200 to £300) can run with this system”.

So it does sound like it may hold quite broad appeal.

And, assuming it works, you should soon recover your initial outlay, as ASP sells for just £83.

So what do you get for your money?

On the face of it, it would appear quite a lot.

So it all sounds pretty comprehensive.

It’s also something of a moving target, as John appears to be constantly updating it.

The full manual was refreshed as recently as February 2015, and there are further changes afoot: e.g. the Quick Start guide is shortly to be amended to cover Betfair’s phasing out of the ‘Any Unquoted‘ option on Correct Score markets.

Here’s hoping Assured Soccer Profits lives up to its billing!