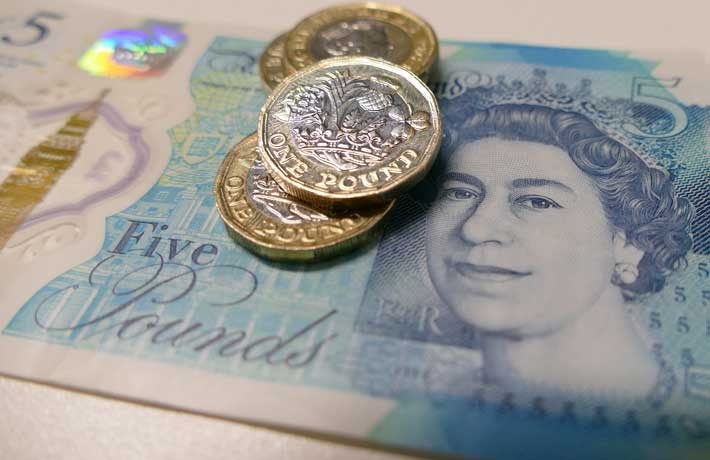 Basically, Bonus Bagging works by helping you take advantage of all those bookies’ offers, and, from what I hear, Mike Cruickshank is a sweetheart when it comes to helping his customers out.

What I’m interested to find out though, is whether there is any money in it for long-term punters like me who have loads of bookie accounts already!

It’s the closest system to a ‘sure thing’ I’ve seen, though I don’t think you’ll be able to quit your day job just yet! But it may be an easy way of building up your betting bank before starting on the other systems .. 🙂

I will be reviewing Mike’s service over the next few weeks, but if you can’t wait, you can always pop over to Mike’s site right now. 🙂

On first sight, it just looks like a good way of building your betting bank by using bookmakers’ offers to make a quick profit. But I’m starting to think it might be more than that. Let me explain.

You probably already know, or can quickly work out for yourself, the principles behind backing and laying for a profit (so-called arbitrage or ‘arbing’), to lock in a guaranteed win no matter what the outcome of the bet. But often the hoops these sites make you jump through are enough to put you off doing it for good…  I mean, I just can’t be bothered to remember how many times I’ve rolled over a bonus and such like.

Also, it turns out there are opportunities out there that aren’t about arbing at all. I’m thinking about some of the introductory offers on casinos and other such sites.

Well simplifying all this is where Mike Cruickshank and Bonus Bagging come in. He just gives you precise instructions on what to do, and you just kinda “do as you’re told”… and hey, that’s it, free money 🙂

Well, I am gonna test Mike’s service right here on my site. I’ve signed up already, and we got started with a simple little link to an online gambling site where Mike explained how you can win “about” £20 straight away (it can be more or less depending on how lucky you are), without even using your deposit money, let alone risking it. Anyway, I just followed his instructions down to the letter, and it works a treat! I made £17.84 (so I guess I was a little bit unlucky!) – so as his service is currently retailing for £27 I’ve almost got my money back already. 🙂

What is nice is that he just sends you one opportunity in an email; then you do it; and then you mail him back and he sends you another one! Ain’t he a sweetie!  So many of these betting websites are just too complicated so the simplicity of Mike’s system really appeals to me. 🙂

Having said all that, we’re just getting started here, so I’ll keep you posted.

Another nice little winner from Bonus Bagging, based on a football arb in the good ol’ US of A.

Like I said before, Mike makes this soooo easy – you just click on the links he sends you, and follow his instructions. It really is, “Monkey see, monkey do”.

Then when you’re done, you just send him a little message and he sends you back the next arb. He must be permanently tied to his computer because the little dear often replies within ten minutes… it’s incredible!

Well I’m off to bed, but first I just got to mention another benefit of the Bonus Bagging service, which is that you can sometimes lock in profits days in advance.

I don’t know the first thing about Swedish soccer (bet you’d have guessed that!) but thanks to Mike and the gang at BB, I’ve already locked in some more profit tomorrow night!

What a lovely little product this is. Will confirm exactly how much I’ve won when I do actually win 🙂

I won £15.02 on the Swedish football. Just think, winning that amount every day would be a monthly win of £450. What a cute little system Bonus Bagging is.

I s’pose the big question is – how many such bookie offers are there on the web that Bonus Bagging can exploit?

Well, according to BB system author Mike Cruickshank, the answer is – A LOT. Far more than you would imagine, all competing for your attention by waving free money around.

I’m up to £53.14 profit in 3 days – without risking a penny! If nothing else, this is one great way to build your betting bank. But it also leaves you with a nice warm feeling. It really is like taking candy from a baby!

Thanks to Bonus Bagging, I just made another £22.84, after commission, this time at Betdaq.

This was on the football again so maybe I should give up the horses! Copa America to be exact, with Peru losing to Uruguay (as if I care!).

Once again, it was a guaranteed win, with the arb working between two exchanges (Betdaq and Betfair).

Really I can see no reason not to put this system into my ‘Passed Systems’ category already… it is a reliable, risk-free way of building your bank with the bookies’ money – and it may yet turn out to be a lot more than that.

Mike’s service is also fantastic, and it’s all soooo simple to do. Why wouldn’t anyone buy this system?

Well, I guess it had to happen… I had a blonde moment!

Mike Cruickshank at Bonus Bagging set me up with a guaranteed arb for £6.96 at 888sport. As usual, Mike set the whole thing up beautifully, including the necessary rollover requirements etc, then we went for the kill by cashing in with a traditional football arb…

Only I goofed and ended up gambling real money along with fake money!

Don’t ask how I did it – I’m still not quite sure, guess I need to ease up on the pop!

Just in case you thought I’d forgotten about Bonus Bagging… I haven’t!

One of the great things about Mike’s Bonus Bagging system (amongst many) is that you can take it at whatever speed you like.   You just have to decide, “yes I’d like some more free money now”, you send him a mail, and he sends you back pinpoint instructions for getting some.

In my case, I’d been expecting to see that the opportunities were limited, as I have many bookie accounts.   But it does appear to be a bottomless pit.

Yesterday’s little winner spread over a couple of days – losing an arbed bet to gain a free bet, then using the free bet to lock in another £16.39 from an obscure football match between Trabzonspor (sounds made up to me!) and Benfica. Which brings me to £99.33 profit so far.

The trouble with this system is that people don’t believe you when you tell them about it. It’s free, almost risk-less money (and the ‘almost’ only arises from me being dozy and not following Mike’s instructions properly… though when this occurred last week, I actually got lucky and accidentally made more money). But you tell people it’s to do with gambling and they run away!

Mike also keeps sending me casino offers which I haven’t followed up yet. Will do when I get a min (though I’m off to the south of France on Saturday so not for a short while 🙂 ).

I was going to look at some of Mike’s casino offers, but he’s just sent through a cute little arb on this week’s Super Cup second leg between FC Barcelona and Real Madrid. I’ll fill in more details later as it’s way past my bedtime(!), but for now I just wish to note that even though I have many bookmaker accounts already, this one could still be worth another £50 to me! Mike just keeps finding new ways to lock in risk-free profit.

More on this shortly. But what a system it is!

OK so by the time I’d placed the bets, the odds had moved slightly against me… but I took them anyway. So now thanks to Mike, I’ll make £30 if Real Madrid beat Barcelona in the SuperCup tomorrow, and around £50 if they don’t. This one is with Bet770, and again Mike sent me all the links and instructions. Easy money.

Truth is – you could do all this stuff for yourself – but honestly, would you – really?? Mike’s system overcomes that inertia and just makes bonus bagging ridiculously easy.

Getting my refund from Bet770 was a painful process! Very slow response though to be fair they phoned me up to apologise – so all’s well that ends well…

Yesterday, following the (much delayed) £70 re-load from Bet770, an arb on Aston Villa’s match with Blackburn Rovers – backing the draw at Bet770 and laying it off on Betfair – left me £64.68 better off when Aston Villa won….

I think this shows that Mike’s system does occasionally require a little patience, however, I cannot complain about an arb that brings in over £40! This one arb would have paid for Mike’s entire system, and still left me in profit. One very happy girl.

Am just in the middle of another little arb from Mike’s Bonus Bagging service – this time with Unibet, who re-load a first failed bet up to £20.

I’m not entirely sure how Mike picks the actual matches he uses as arbs, but he went for a real high profile game this afternoon between Alfreton Town and Wrexham in the ‘Blue Square Premier League’ (I thought football was played on a green rectangle, not a blue square…???). Anyway, we backed the draw at Unibet, and laid it off at Betfair, only for Wrexham to win 4-1 away.

Unibet, to their credit, reloaded the £20 stake in minutes, so I am now awaiting the second part of the arb from Mike to deliver more winnings. Think candy and baby, and you get the idea…

So I have a new arb kicking off with Mike’s Bonus Bagging service. We’re currently sitting at a balance of £146.71, so this should get us past the £150 mark.

I thought it would be interesting to show what you actually receive from Mike.

Basically, you send him an email requesting your next arb, and he sends a response like this one, which in this case takes advantage of a bonus from a bookmaker I’ve never even heard of called Getwin:

You just click on the links and do what he says, then await the outcome.

The first hyperlink above presumably includes a kick-back for Mike from the bookie, which is actually good news for us, as it means he can keep the price of his service down, plus you don’t feel like you’re bothering the guy when you go back for your 78th arb. After all, every time you ask him for another one, you’re giving him more free money… at no cost to you of course!

If one of the bet outcomes requires a second bet, you mail Mike back afterwards and receive a very similar-looking follow-up message. In all cases, Mike does all the thinking, so you are in no danger of falling foul of some tedious T’s and C’s rollover requirement without knowing it.

Obviously it would be nice if this particular match ends in a draw as we lock in our profit straight away. But as you can see, it isn’t exactly difficult to follow.

What more do you need to convince you just how easy this is?