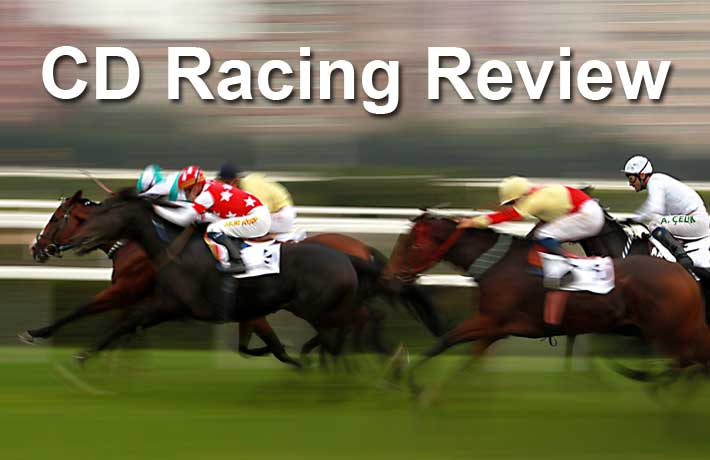 There has been another winning month for my CD Racing review!

It is certainly one of the better horse tipping services that I have come across and you can really tell that tipster Christian is passionate about the sport. He sends an email every night with tips for the next day, but unlike most other tipsters he also goes to the effort of giving detailed write-ups for each selection he has picked out.

As well as this he also provides a review of the last set of tips which is handy if you were unable to watch the races for yourself.

I found that the prices held up well and were readily available at a number of the main bookmakers which is always a big plus.

To top it off, the service has not only been profitable at Betfair SP, it's actually beaten the results at the advised and available prices with a total profit of £219.49.

I don't include the Best Odds Guaranteed concession in my results, but if you have access to bookmakers that offer BOG then profits from this service could be boosted substantially. Just for example, Mostawaa was tipped at 14/1 but would have paid out at a massive 28/1 with a BOG bookie.

Click here to find out more about CD Racing

If you are looking for a consistent, profitable and professional horse racing tips service, I have no hesitation in recommending CD Racing. Not many tipsters go to the effort that this one does and it certainly seems to be paying off with the results.

Click here to find out more about CD Racing

It has been a much better month for CD Racing with £230.95 profit made at the available prices.

This means that the money lost in my first update has been fully recovered. Great news!

The results at Betfair SP have also improved and are showing a small profit of £24.21 overall.

Hopefully the service can continue its recovery and build on the profit so far. Every tipster has a bad month here and there, so perhaps I hit a bad one and all will be fine in the future. Stay tuned!

I'll be back soon with an update, but in the meantime click here to find out more about CD Racing.

There was a string of 15 losing bets in a row at the beginning of the month which really dented my betting bank, but fortunately things have started to pick up again now.

I am hoping that the service will continue to recover and deliver a profit in month two. The tipster really seems to put a lot of effort into analysing the races, so I have every faith!

I'll be back next month with some more results, but in the meantime click here to find out more about CD Racing.

The tips have also shown a profit at BSP which is always great to see.

The service is run by Christian, who describes himself as a horse racing enthusiast having visited more than 50 racecourses in the UK and around 20 in Europe.

What has really impressed the Tipsters Empire team is the effort that Christian puts into his race analysis. He is said to have real skill in reading the races and produces a write up with every tip.

Here’s an example of a 50/1 winner he picked out in March:

Kilbricken Storm won over 3 miles at Cheltenham on soft in December, he done plenty wrong that day (slightly keen early, briefly outpaced and hung throughout – badly so after the last) but still won. His next run was just 14 days after and he predictably ran poorly. His rating after the Cheltenham win was 147, the top rated today is 150. He’s been freshened up since and is a huge price for this given his proven stamina and excuses for last time.

I have set up a £1,000 bank to trial this service and will be using £10 per point. As always I will track the profit & loss at the advised prices, those actually available and also BSP.

I’ll be back with my first report in a month’s time, but in the meantime click here to find out more about CD Racing.