Is Dutching Double Dutch To You? 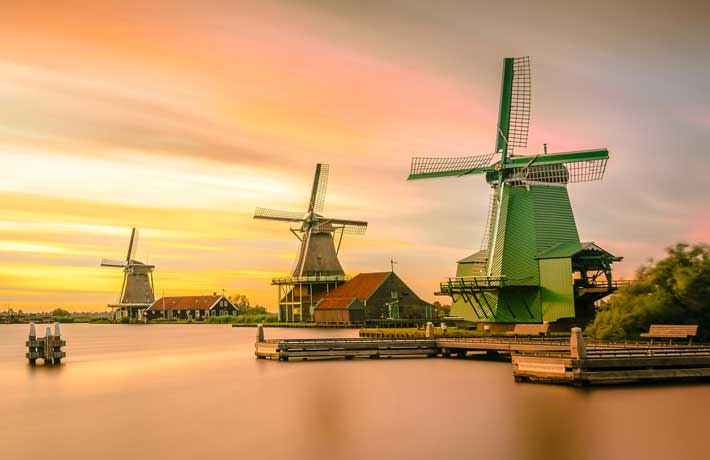 Dutching is a betting technique that has long divided opinion amongst punters.

Some see it as little more than an elaborate hoax and that it offers potential for improved strike rates but at the risk that a single loser may wipe out a lot of slowly accumulated gains.

However, exactly the same could be said of laying, which also tends to amass profits slowly – and losses much more quickly.

So... is this a method that has a rightful place in the punter's arsenal?

I can think of a few situations where Dutching may make very good sense. The most common occurs in any market where you are convinced that the winner must come from a small group of favourites.

As an example, consider the 2020/21 English Premier League Winners market.

At time of writing, Manchester City and Liverpool are clear favourites with Manchester United and Chelsea quite a way behind.

So... why not Dutch the top three teams so that you profit, no matter which of them comes out on top?

Taking the current Betfair odds and keying them into this free Dutching calculator, you get a return of just over 11% as long as either Manchester City, Liverpool or Manchester United wins the league. 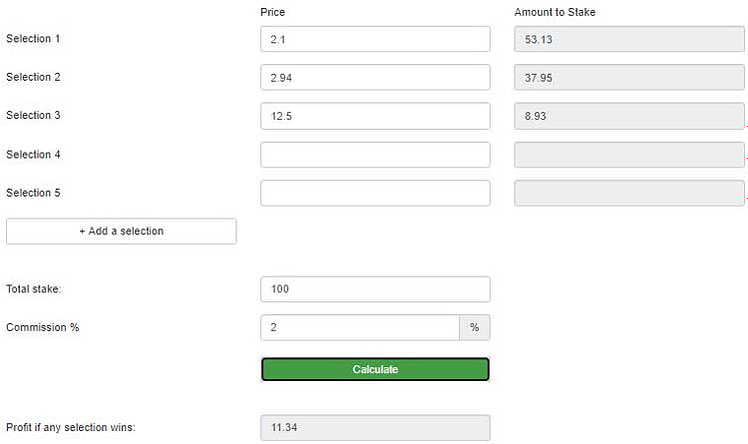 This is assuming that you have taken up Betfair on their 2% commission offer.

What about removing the commission element entirely and using bookmakers instead?

Well, here are the top bookies prices at the time of writing, courtesy of Oddschecker.

When I key these prices into the free Dutching calculator it brings up a smaller return, almost 7%. 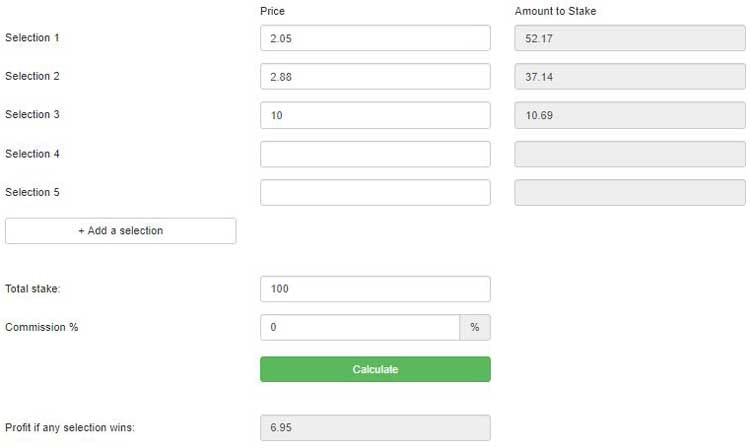 Of course, there is a risk that Chelsea sneak in to win the Premier League which would cost you your entire stake!

If you don't want to tie your money up for 9 months during the football season, you can Dutch entire slow-moving markets, just to make life interesting.

Again, there are risks because you may not get matched if you aim to back at current best lay prices.

A good idea is to experiment with this technique with trivial stakes, as I’ve done here with a match between Twente and Heracles.

I couldn’t resist testing my dutching skills on a Dutch football match!

Finally, when you're starting to feel a bit braver, you may like to chance your arm on a horse race!

When Lucy first looked at Dutching back in 2016, she Dutched the 1.45 at Lingfield, spreading £10 across the four horses most likely to win, for a potential return of 9%.

But... Beleave refused to enter the stalls so was declared a non-runner and a 16/1 shot won the race. 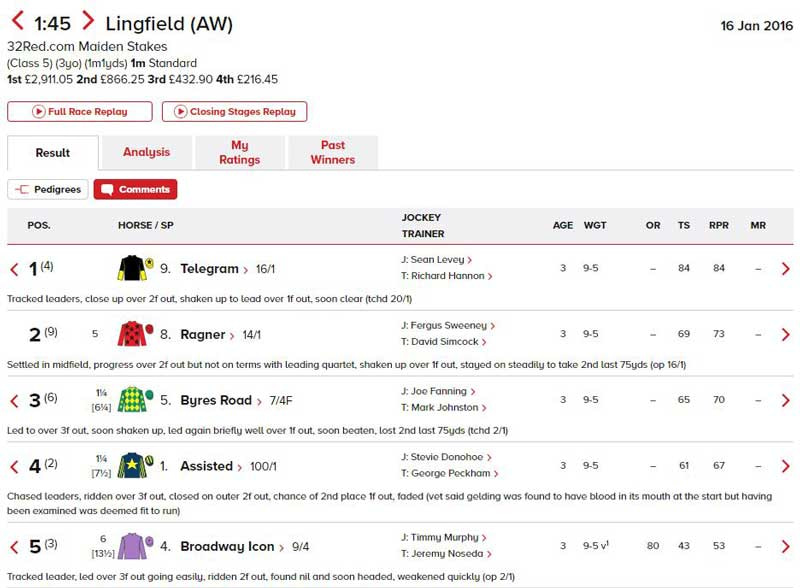 That meant Lucy lost her entire stake and needed 11 winning Dutch bets just to get back to where she started!

Dutching is very much like Laying in that regard, you need a really good strike rate to profit from it.

So.. is Dutching worth bothering with?

In my opinion, yes, provided you use it with common sense.

Pick your events carefully and always use a sizeable betting bank, staking just 1 point on each Dutch bet. This way, you won’t be wiped out if you have an unlucky outcome.

You may find Dutching to be a satisfying way of growing your bank steadily, whilst avoiding the need to put up with long losing runs.