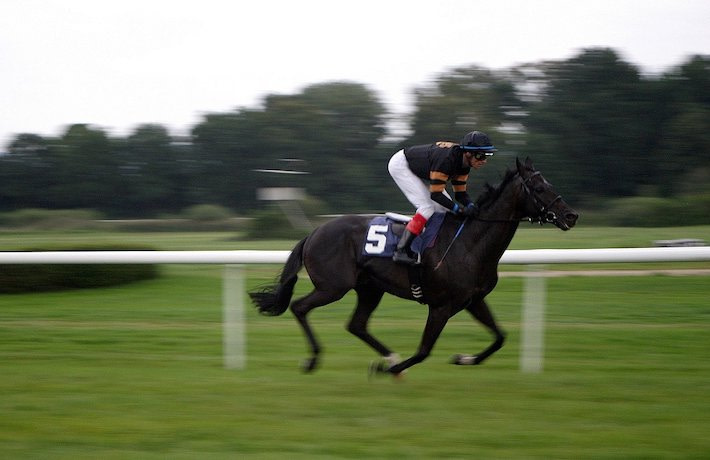 Quentin Franks is a veteran in the Betting Gods stable with published results going back 3 years.

His service is reported to have made a profit of over £10,000 to £10 stakes to date; but whether his subscribers have been able to achieve the same level of profit is the question.

Unfortunately it seems that the bookies are on to Quentin and as soon as his tips are released, prices are quickly cut across the board. Even if you are really on the ball with cash ready to bet and odds comparison sites loaded up, it’s still a challenge when (presumably) hundreds of other subscribers are doing the same thing.

Lucy experienced this very problem during the three months that she trialled the service and it’s been a similar story for myself, although not quite as bad as I’d expected. The average advised prices worked out at 7.13 whereas the average odds obtained were 6.26.

Adding my profit to Lucy’s works out as a small profit of £6.85 at the available prices and £768.30 at Quentin’s odds to £10 stakes, so you can see just how big of a difference being able to achieve those odds makes.

On a positive note, I was able to make a profit betting at Betfair SP and taking Lucy’s results into account actually shows an improved profit of £111.33. This could be a good option for those with a day job or if you struggle to get bets on quick enough.

The full results of my trial are available to view here.

With this service it is a case of being able to act fast in order to achieve the best results, but even then it’s unlikely that you’ll be able to match the advertised results. I made sure that I had checked odds within less than half an hour of receiving the emails and there did seem to be less of a profit gap in my set of results versus Lucy’s.

My ROI was slashed by more than half in comparison to Quentin’s, but 9.56% is still an attractive return.

Now for the real kicker. Using £10 stakes would not cover the cost of membership, but £20 stakes would have given me a profit of around £172 after subtracting the standard monthly fees. It ain’t cheap!

I feel that Quentin Franks Racing is worthy of a pass – it’s clearly a profitable service and that is why the bookies are on his case!

You can find out more about Quentin Franks over here.

Hey, it’s Amy here picking up from where Lucy left off with her review of Quentin Franks Racing.

Lucy wasn’t having the best of times with this tipster and was struggling to justify the high price tag of £59.95 per month.

She had set up three virtual banks of £1,000 each and was tracking the results for the tips using £10 per point at the advised prices, the prices taken and Betfair SP.

Month one showed a small profit of £16.20 at the prices taken but the advised prices had given a substantially higher profit of £118.60.

At the end of month two she discovered that the gap between these two was growing even wider with a profit of £244.70 at the advised prices and a loss of £8.66 at the prices taken.

The trial just wasn’t going to plan and things got even worse in month three with the gap widening even further, making it a difference in profit of £573.20 for the whole trial to date. At the prices taken she had now recorded a total loss of £169 with a healthy profit of £404.20 at the advised prices.

On a positive note, betting at Betfair SP had given better results than taking the current odds throughout the trial, resulting in a smaller overall loss of £23.88.

I was contemplating wrapping this review up here and now, but I think it is only fair that I continue following the service for a little while longer to see if things have improved.

I had a quick flick through the latest results posted to the sales page and they show a profit of £196.70 at £10 per point since Lucy’s last update. It’s clear that Quentin has a profitable system in his hands here, but the main thing is… are we able to secure those advised odds in order to take full advantage?

I will be back with my final results once I’ve hit Lucy’s original target of 400 bets.

In the meantime, here are the full review notes to date.

According to Betting Gods, the wonderfully named Quentin Franks has been making a lot of money for a very long time.

They say it’s done so well, in fact, that on 1st February 2017, they’re going to put its price up: to a dizzying £59.95 per month. Which makes it one of the most expensive services I’ve come across in quite a while.

Still, there’s a part of me that finds this kind of exciting.

For, inevitably, it does make you wonder what Quentin is doing to justify that price tag.

Maybe, just maybe, Mr. Franks is, you know, worth it??

Well, I think it’s time we found out…

Quentin Franks is a straightforward tipster service promising both a modest strike rate and high returns.

Clearly this isn’t a service for impatient people.

Still, the sales page claims an ROI in excess of 25% which, if achieved in our trial, would make it one of the most profitable services I’ve ever encountered.

And it issues a lot of tips too, with an average month producing 70 to 90 selections.

This is more than most the services I’ve tested and will have the effect of making those losing runs feel more intense and, mercifully, more short-lived.

So, is it going to be a rollercoaster ride?

Well, possibly, though I do keep looking at the claimed performance graph below and reassuring myself that all will (hopefully!) be well…

And seriously, any level of performance close to this will do very nicely indeed. 🙂

With tipster services, there is often no correlation at all between what they cost and what you get.

Meaning that cheap tipsters are often as good as or better than their expensive counterparts.

However, I have a hunch — that I fully admit that I cannot substantiate at all! — that this time there just might be something to the old adage that you get what you pay for.

And at the new price of almost £60 a month, I seriously hope so.

I’m going to aim at 400 bets in all, which hopefully will even out the inevitable ups and downs.

I’ll be back around the end of February with my first progress report.

In the meantime, you can find out more about Quentin Franks over here.

You can get the first month for one measly pound but thereafter charges jump to £59.95 for every subsequent month.

Now, of course, this needn’t represent a problem if performance is up to snuff, but it does rather put pressure on the tipster to keep delivering.

I was, therefore, keen to get my hands on this premium product to see how it would fare in a 400 bet trial here at Lay Back.

So, one month in, how are we doing?

Well, so far, it’s been something of an anti-climax.

The sales page may talk about an ROI of over 25% but mine is far lower than that. 🙁

I’m tracking progress with three banks of £1,000 each and betting at £10 a point, recording performance at:

As you can see, we’re not exactly setting the world alight:

The complete results log for the first month is as follows…

Maybe I’m being a little unfair as an ROI of 7% at Betfair SP is far from a disaster – and, indeed, much better than most punters will ever achieve.

But I suppose what I’m really looking for is evidence that this service justifies its high price tag. And so far, it’s hard to find.

However, we are only one month into a 400 bet trial. And we’re richer than when we started!

I’ll be back around the end of March with my next report.

As I pointed out in my last report, the high price does rather put pressure on the tipster to deliver consistently good returns – and in the first month of my trial, that didn’t really happen.

I came into month #2 just £16 ahead, and looking to really kick on.

So… did I see a sudden upturn in performance this time?

No… it’s been another flat month.

And with no fewer than 89 selections, it’s been a whole lot of effort for not much return.

A rather disturbing gap has also opened between the profits achieved at prices advised by the tipster and what I banked myself at the odds I was able to get in the live market.

Just look at the performance summary for month #2 to see what I mean:

Adding my month #2 numbers to the equivalent figures for month #1 produces the following totals for the entire trial:

All of which does nothing to dispel my sense of unease.

I’m usually comfortable with a certain gap between profits at Advised Prices and those at Prices Taken – but I would suggest that, on this occasion, the gap is a little too wide.

I’m never happy when a tipster consistently advises odds that I am unable to secure in the market myself.

I don’t wish to speculate on why this might be; as, ultimately, I don’t care. But what it does mean is that the returns achieved at Advised Odds are largely irrelevant. As I cannot secure those prices.

The only crumb of comfort for me is that we are still making money, albeit not a huge amount, at Betfair SP. And at least, with this measure, there can be no argument as to its availability.

Still, I would have expected more from a premium product. So maybe I’ve just been unlucky so far.

I’m aiming at a total of 400 bets so there is still time for a recovery. So let’s hope I get one.

I’ll be back in late April with my next report.

I started out with two flat months. So although by the end of the second period, I wasn’t really losing money, I wasn’t making any either.

Which, for a premium-priced service, wasn’t really what I’d been hoping for.

Still, I’d plumped for a 400 bet trial… so perhaps I just needed to learn to be a bit more patient and wait for the winners to come.

Inevitably though, I entered month #3 hoping for an upturn…

I mentioned in my last report that a worrying gap had opened up between the results achieved at the tipster’s advised prices and those obtained at the odds I’ve been able to secure in the market.

Well, the gap has widen further, as you can see from my month #3 summary:

Adding these numbers to the brought forward figures for months #1 and #2 produces the following trial to date totals:

All of which is a longwinded way of saying that it’s been a real anti-climax so far.

The results log for month #3 isn’t pleasant to read either.

The low strike rate guarantees that users will experience lengthy losing runs even at the best of times. But there have been days when I just haven’t been able to see another winner coming:

I know from experience that it’s a mistake to get too discouraged when things go wrong. Because (a) all tipsters go through bad patches and (b) that’s what your betting bank’s for.

But I’m three months into this trial and have yet to have a single decent spell with it.

Still, I have over 100 bets to go and haven’t lost that much. So I’m going to try and stay positive.